We are thankful for the many ministries who have helped promote this beautiful spiritual gift of Total Consecration to Jesus through Mary. 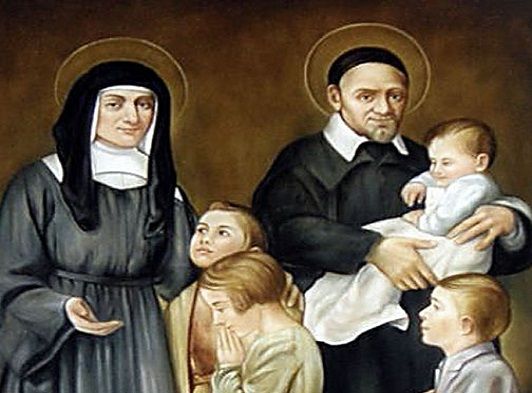 We are blessed with many Church Ministries in our Diocese, many of whom have helped communities and served the Church throughout the world for hundreds of years. Church Ministries help us to live our Christian Faith while deepening our love for God - all for the Glory of God and for His Kingdom. We follow the example of Our Blessed Mother who "set out and traveled to the hill country in haste" [Lk 1:39] to help Saint Elizabeth while also sharing the Good News of the coming of Our Lord, Jesus Christ. God bless you, and may Our Blessed Mother guide you in serving in a Church Ministry. Amen.+ 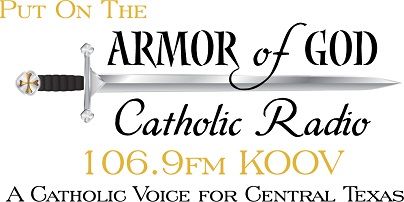 Armor of God Catholic Radio is an EWTN radio affiliate. Since their establishment in our Diocese, they have graciously helped in promoting this Total Consecration effort on air.

Their Mission is to promote the word of Jesus Christ in support of our local Parish Priests in full union with the Catholic Church and the Magisterium: Promote Holy Vocations, Build Strong Catholic Families, Defend the Sanctity of Life, Carry out the Mission of the Church's New Evangelization.

Catholic faithful are encouraged to tune-in and listen on 106.9FM or their website. 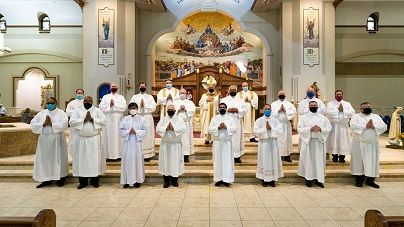 The Diaconal Ministry of the Diocese of Austin has graciously informed Faithful throughout our Diocese about this humble Total Consecration effort. We are very grateful to our Deacons and their wives who faithfully and lovingly serve our Holy Church.

Catholic men between the ages of 30 and 59 (single or married) sensing God’s call to the permanent diaconate are invited to contact the Diocese of Austin's Diaconal Ministry.

To assist men in your discernment of God's possible call to Holy Orders, the Diaconal Ministry's website offers some documents for your prayerful reading and links to other resources. Bring all the learning and insights you find in these materials to prayer, discuss them with our Lord, ask if He is calling you to diaconal ministry, and listen for His response.

The Knights of Columbus of the Diocese of Austin has graciously informed Faithful throughout our Diocese about this humble Total Consecration effort.

The Knights of Columbus was founded by Father Michael J. McGivney and chartered on March 29, 1882, in the state of Connecticut. The purpose of the organization was to help Catholic men remain steadfast in their faith through mutual encouragement, to promote closer ties of fraternity among them and to set up an elementary system of insurance so that the widows and children of members who die would not find themselves in dire financial straits. The name was chosen because it related to Christopher Columbus, the Catholic discoverer of America, and because it would signify that the membership embodied knightly ideals of spirituality and service to church, country and fellowman.

Today, the Knights of Columbus is an international society with membership in Canada, Mexico, the Philippines, Poland and other nations, numbering more than 2 million Catholic men, plus their families. There are more than 113,000 members in Texas who have dedicated themselves to the ideals of Columbianism: charity, unity, fraternity and patriotism.

Catholic men who would like to extend their Corporal and Spiritual Works of Mercy are encouraged to join this ministry that has blessed our Diocese. 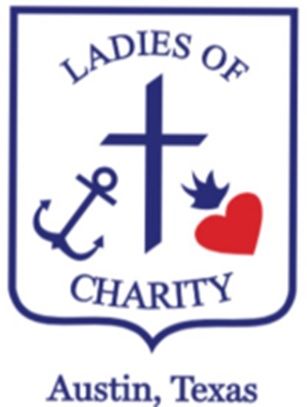 Ladies of Charity of Austin

Throughout their history in Austin, the Ladies have served Parishes throughout the Diocese, Camp Mabry, the State Hospital, Caritas, Saint Vincent de Paul Stores, Catholic Charities, Food Pantries, Meals on Wheels, Marywood (Home of the Holy Infancy), the League House, Thanksgiving for the Homeless, Nursing Homes, and many others. Their service has adjusted with the needs of the times.

Catholic women who would like to extend their Corporal and Spiritual Works of Mercy are encouraged to join this ministry that has blessed our Diocese for over 130 years. 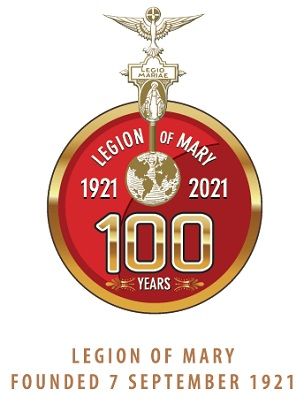 The Legion of Mary is a worldwide organization of the lay apostolate established in 1921, in which Catholic men and women sanctify themselves through prayer and spiritual work in union with the Blessed Virgin Mary, the Mother of God, under the guidance of a Priest. We are thankful for the Legion of Mary who help promote and organize the Masses for this Total Consecration.

Throughout their history in Austin, members have taken the Holy Eucharist to the elderly in nursing homes and the sick in hospitals; taught children, youth, and adults about our Faith and served as RCIA Sponsors; attended funerals; distributed Rosaries and prayer cards; and much more.

Catholic faithful who would like to extend their Spiritual Works of Mercy are encouraged to join this ministry that has blessed our Diocese for over 70 years. 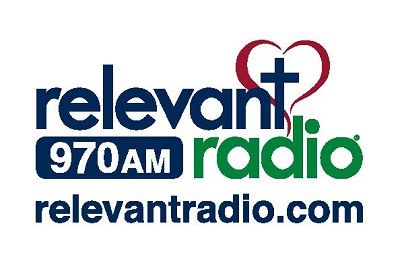 Relevant Radio has been bringing Christ to the world through the media, providing informative, entertaining, and interactive programming. For many years, they have graciously helped in promoting this Total Consecration effort on air in our Diocese.

Their Mission is to “Bring Christ to the world through the media” and operates according to three Guiding Principles: 1. Faithful to the Magisterium and the Catechism of the Catholic Church; 2. United to the Bishops; 3. Under the Protection of the Blessed Virgin Mary.

Catholic faithful in our Diocese are encouraged to tune-in and listen on 970AM or their website.

Thank you for your patience as we continue to develop this page. / Gracias por su paciencia mientras continuamos desarrollando esta página.